European Commission chief spokesperson calls for mutual understanding, broad support for Europe’s irrevocable orientation towards Greece, irrevocable shift of European and Greek public opinion towards a common future that will unite us. 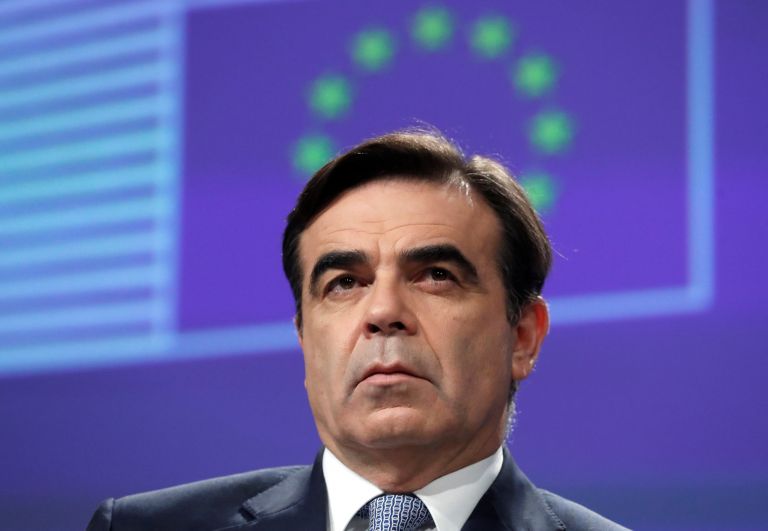 The European Commission’s chief spokesman, Margaritis Schinas, told Greece’s private E television that it is now a common conviction that Greece is turning a page and chapter, and that this is because of the trust built that has been built up in Greece-EU relations over the last 7-8 years.

This is a political and economic capital from which Greece is now collecting interest, Schinas said, after grappling with an historic situation that has no precedent in European and international economic history. We must entrench this trust and protect it, as it is the basis upon which we can build post-memorandum objectives, he said.

This presupposes mutual understanding, and broad support for Europe’s irrevocable orientation towards Greece, as well as an irrevocable shift of European and Greek public opinion towards a common future that will unite us, he said.

‘’In August, 2018, the bailout memorandum as we know it ends, and it is the first time since 2009 that an adjustment programme will have been completed. The completion of the third evaluation, which is in its final stages, will mark the beginning of discussions of the post-memorandum terrain,’’ Schinas noted.

‘’I believe these discussions will begin and intensify, and lead Greece to a prospect of self-confidence. They will allow Greece to stand firmly on her feet and make clear to all – friends, partners, enemies and the markets - that major reforms will not be reversed. They will make clear the fact that Greece will not be alone after August, 2018, and that it can rely on the active support of the European Union,’’ he said.

Guardian : «Πόλεμος» βρετανικών μέσων κατά της Μέγκαν, «λατρεία» για την Κέιτ
TANEA Team 25 Δεκεμβρίου 2017 | 19:00
Περισσότερα άρθρα για Αγγλική έκδοση
Hospitals should not be excluded from public-private partnerships Editorial: Partnerships
The government in Tripoli has said that Greece 'has nothing substantial to offer'. Haftar in Athens, Greece to veto EU approval of Libya peace deal if MOU with Turkey not canceled
The nominee has the prestige and wherewithal to serve the office in a worthy manner Editorial: Consensus
The last president who was not a politician was Christos Sartzetakis who served between 1985-1990 In historic move, Mitsotakis taps Council of State chief to serve as first woman president
Realism at all levels and in every way must be the only guide Editorial: Realism
Greece cannot be punished ad infinitum for the errors of the past Lower primary surplus targets key to Greek economic growth
Indian slaves swap life of bondage for seat in boardroom at tea plantation
Editorial NEA: Puzzle
EU resumes probe into Boeing-Embraer deal, sets new April 30 deadline
Trump praises Greek economic progress at talks with Greek PM, avoids mention of Turkey, Libya
Editorial: Threats
From the signing of an agreement to its implementation the distance is never small Editorial: Message of Peace
The country that is ever more isolated is not Greece but Turkey Editorial: Advantages
The political system is facing Turkish provocations united Editorial: Unity
Editorial: A violent decade`