Editorial: Mandatory reforestation after the wildfires

The forest of Dadia in Evros, a true treasure of biodiversity, not only for Greece, but for the entire Balkan peninsula, is being consumed by wildfires for days. 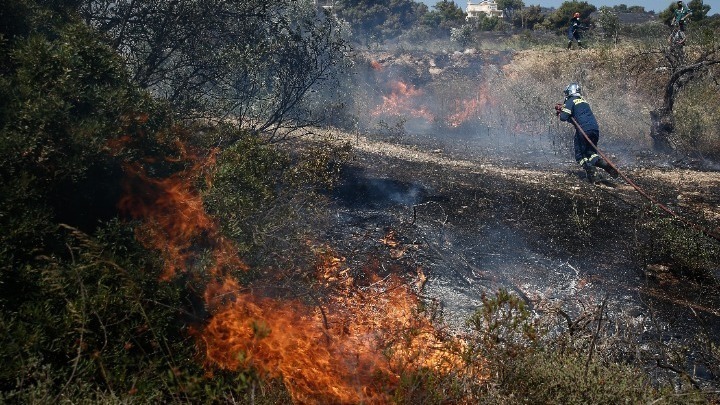 The most important objective when a wildfire breaks out, naturally, is saving human lives.

There are disasters, however, that are also measured differently, and when the time to pay the piper comes the accounting is equally sad.

Forests are a part of our global inheritance, which passes from generation to generation.

Greece’s losses were once again disheartening and indicative of the repercussions of climate change on the Mediterranean region.

The forest of Dadia (photo) in the Evros region, northeastern Greece, a true treasure of biodiversity, not only for Greece, but for the entire Balkan peninsula, is being consumed by wildfires for days.

The forest of Penteli, which has repeatedly been destroyed by wildfires over the last two decades, has once again been greatly harmed.

Invaluable forestlands on the island of Lesvos, in Northern Evia, and in many other regions around the country are on the long list of forests destroyed by wildfires.

The state has a duty to make its presence felt when the current fires have been extinguished, so that no one can exploit the prospective construction opportunities that such a disaster might offer.

The state must immediately declare the mandatory reforestation of the tracts of land that burned so that they may once again become green.

This is necessary not only in order to avert opposition criticism, but because there is no other way.

It is the only way to protect and keep alive greenbelts, and for us to gain some time.

It is also necessary in order for us to once again ponder the importance of environmental protection and to act accordingly from now on.

TANEA Team 25 Ιουλίου 2022 | 21:02
Share
Δείτε επίσης
Περισσότερα άρθρα για Αγγλική έκδοση
Resignations are not enough, nor would a cabinet reshuffle or snap election suffice Editorial: Transparency now!
Citizens seek persuasive solutions to the problems of daily life Editorial: Restoring trust in political parties
Last year in Greece there were 17 femicides Editorial: An urgent wake-up call
Stavros Psycharis never allowed himself to become subjugated. He never censored. Editorial: The death of a journalist
Psycharis He began his long career at the Lambrakis Press in 1972 Renowned journalist, publisher, entrepreneur Stavros Psycharis has died age 77
It is inconceivable for the average citizen to be defenceless amidst major economic trials Editorial: A model programme
Greece now has experience and an enhanced plan of deterrence Editorial Ta Nea: Maintaining composure
'I truly feel that the future of humanity is dark' God at Ground Zero: How a Mount Athos monk fit 9/11 into Byzantine iconography
Hatzidimitriou shattered the stereotype that women are not good at maths Editorial: Worthy role Models
A great reform was necessary but seemed unfeasible0 Editorial: Modernisation of the state
Editorial: The need for an in-depth investigation
Justice delayed is justice denied Editorial: Swift justice
A revival of populism is exploiting the natural anxieties of citizens Editorial: President Katerina Sakellaropoulou's message
The EU is already facing adverse conditions due to the war in Ukraine Editorial: The major crisis the EU faces and the great leap forward
Europeanists are even concerned about the EU’s Recovery Fund Editorial: With mind and heart