Editorial: With mind and heart

Developments in the European Union’s third largest economy unfortunately do not impact solely on Italian domestic affairs. They concern the entire Union. 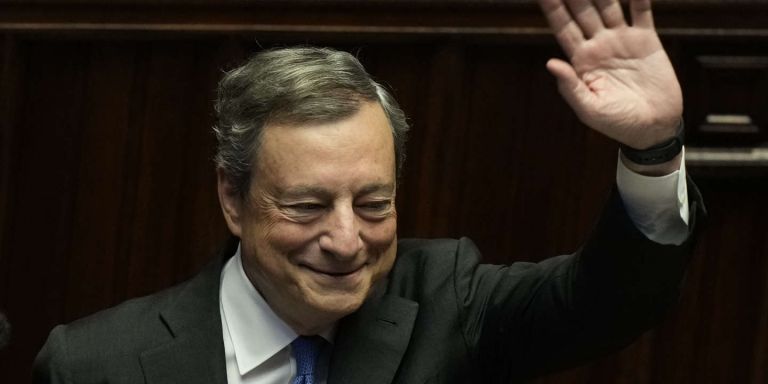 In neighbouring Italy, the 67th government in the last 76 years is history.

The resignation of Mario Draghi is the last act in the Italian drama that began last week, and the first act in a new drama that may evolve into a European one.

Economists and political analysts agree that the danger of a fiscal derailment caused by skyrocketing public debt – 151 percent of GDP - is already in sight, as without “Super Mario” at the head of a national unity government markets will not rest, nor will the Italian public, the majority of which wanted him to remain in office in the Chigi Palace.

They concern the entire Union.

The numbers clearly demonstrate that the Italian political crisis could destabilise the entire eurozone at an exceptionally critical moment, with many open fronts.

Europeanists are even concerned about the EU’s Recovery Fund.

In many European capitals, Italy’s success in absorbing its funding is considered crucial in order for Europeans to begin discussing making it in some way permanent.

At the same time, many are concerned about the geopolitical ramifications of a possible return of the Russophile Forza Italia and Northern League parties.

The former ECB chief has demonstrated that he has both mind and heart, and he did whatever was necessary for Europe.

Now, Europe must demonstrate that it has learned the lessons that he taught it by doing whatever is necessary from hereon in.

TANEA Team 22 Ιουλίου 2022 | 21:45
Share
Δείτε επίσης
Περισσότερα άρθρα για Αγγλική έκδοση
Resignations are not enough, nor would a cabinet reshuffle or snap election suffice Editorial: Transparency now!
Citizens seek persuasive solutions to the problems of daily life Editorial: Restoring trust in political parties
Last year in Greece there were 17 femicides Editorial: An urgent wake-up call
Stavros Psycharis never allowed himself to become subjugated. He never censored. Editorial: The death of a journalist
Psycharis He began his long career at the Lambrakis Press in 1972 Renowned journalist, publisher, entrepreneur Stavros Psycharis has died age 77
It is inconceivable for the average citizen to be defenceless amidst major economic trials Editorial: A model programme
Greece now has experience and an enhanced plan of deterrence Editorial Ta Nea: Maintaining composure
'I truly feel that the future of humanity is dark' God at Ground Zero: How a Mount Athos monk fit 9/11 into Byzantine iconography
Hatzidimitriou shattered the stereotype that women are not good at maths Editorial: Worthy role Models
A great reform was necessary but seemed unfeasible0 Editorial: Modernisation of the state
Editorial: The need for an in-depth investigation
Justice delayed is justice denied Editorial: Swift justice
A revival of populism is exploiting the natural anxieties of citizens Editorial: President Katerina Sakellaropoulou's message
Editorial: Mandatory reforestation after the wildfires
The EU is already facing adverse conditions due to the war in Ukraine Editorial: The major crisis the EU faces and the great leap forward