Editorial: Toleration of violence at universities must end

The problem concerns not only the number of incidents, but also about the qualitative escalation in the intensity of violence, which obstructs the operation of university faculties. 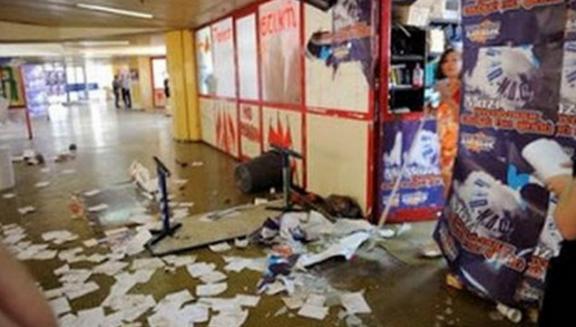 Violence at Greek universities is still alive and well, as an exposé published in Ta Nea today reveals.

The problem concerns not only the number of incidents, but also about the qualitative escalation in the intensity of violence, which obstructs the operation of university faculties and poses a threat to the physical safety of students and professors.

Even more alarmingly, the problem is not just that various thugs use the pretext of their supposed ideas to hit people and create disorder in our universities.

It is also that this situation continues even after the government passed a law pertaining to universities (4777/2021) which provides for security systems and the creation of an autonomous service to protect the academic community, with the institution of a Group for the Protection of Universities (a distinct university police force).

What went wrong? Is it that the implementation of the law is not proceeding? That can be immediately corrected with political will.

Can a plan passed by the Greek Parliament not be implemented? That is a problem, but it can be resolved through the institutions of democracy.

There is no more time to lose and this situation can no longer be tolerated. It is an issue that involves the security and smooth operation of our universities, but it is also a deeper issue that concerns the authority of our institutions.

We have the tools and the requisite social cohesion exist.

We can no longer tolerate violence and lawbreaking. We owe it to future generations and our country.

TANEA Team 3 Δεκεμβρίου 2021 | 15:17
Share
Δείτε επίσης
Περισσότερα άρθρα για Αγγλική έκδοση
Tsipras posts on the social media and frequently as possible Editorial: Obligations
Universities have become a sort of state within the state Editorial: Enough is enough!
Nobody for whatever reason has the right to beat a professor Editorial: Zero tolerance
The shift in America’s priorities should come as no surprise Editorial: Fluidity
We have the weapons, the experience, and obviously the collective will Editorial: Transcending the pandemic
How do you negotiate with Vladimir Putin? Editorial: Dilemma
Editorial: Phenomenon
Maintaining tensions does not contribute to dialogue or good neighbourly relations Editorial: Pragmatism in Greek-Turkish relations
The alarm bell of daily life is urgently ringing Editorial: Alarm bell
We believe that the projections of scientists are exaggerated. They are not. Editorial: Living dangerously
It is up to us to exit the pandemic on our feet Editorial: Caution
The cost of a total lockdown would be very high for the economy Editorial: The need for personal responsibility, again
Banks – They secure short-term loans to provide new ones
Price increases in energy threaten the viability of businesses
Tax clearance certificate – What to expect in 2022