The Franco-German axis is de facto strengthened as long as Italian PM Mario Draghi, who had described Weidmann as “Nein zu allem” (No on everything), remains in power. 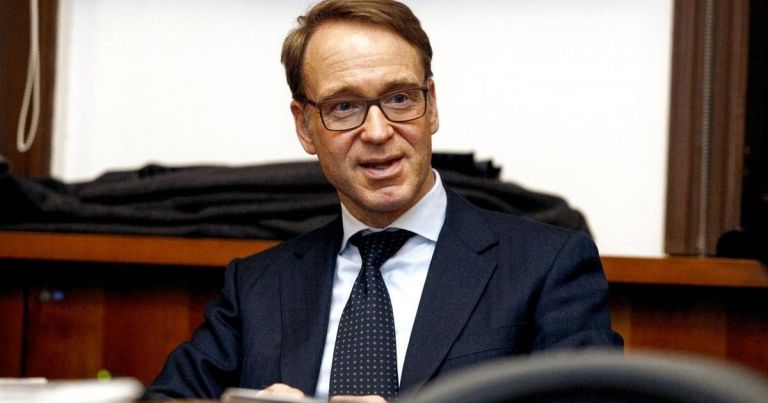 The sudden decision of Jens Weidmann to step down as the head of Germany’s Bundesbank, six years before the end of his second term, comes at a critical moment for the future of Europe.

Weidmann, 53, is considered a “hawk” and he has systematically strongly criticised the loose monetary policy of the ECB.

His possible replacement with someone who has more “systemic” views, combined with the formation of a new German government, is literally a turning point.

Emmanual Macron should be quite pleased. Barring some staggering, unexpected event, the German chancellor with whom he will cooperate over the coming years (if he is re-elected) will be the winner of the recent German elections, Olaf Scholz, a politician who is less obsessed with austerity and inflation than Angela Merkel.

The Franco-German axis is de facto strengthened as long as Italian PM Mario Draghi, who had described Weidmann as “Nein zu allem” (No on everything), remains in power.

Britain’s withdrawal from the European Union raises yet another obstacle to achieving the goal of creating a European “superpower” that will take its place beside the US and Russia.

These developments are exceptionally significant for Greece, which now enjoys a very favourable environment both for its economy and regarding issues of national importance.

If the pandemic is checked, we can hope for much better days.

TANEA Team 21 Οκτωβρίου 2021 | 14:53
Share
Δείτε επίσης
Περισσότερα άρθρα για Αγγλική έκδοση
There was massive popular participation in the first round of the election Editorial: Wager
This past summer in the US an average of four million people each month resigned Editorial: A different quality of life
We can no longer tolerate violence and lawbreaking Editorial: Toleration of violence at universities must end
A coarse opposition stance is ill-advised Editorial: Seriousness
We have the weapons. We have fine scientists. We have the experience. We can. Editorial: Urgency
There were delays and tragic omissions in offering proper services to patients Positive Voice in a rough terrain: A look back at the history of HIV/AIDS in Greece
Greece has a multi-faceted policy in its foreign relations and that is how it should continue Editorial: Sobriety in foreign relations
We see irresponsible behaviours and an attitude that the virus is no longer with us Editorial: Behaviours
The virus recognises no geographical borders Editorial: Nobody is safe
Delays and foot-dragging have long led even to the denial of justice Editorial: Expediting justice
Erdogan’s insistence on keeping interest rates low led him to fire three central bankers Editorial: Turkey’s lonesomeness
Turkey traditionally exports its domestic crises Editorial: Turkey's domestic, foreign crises
Nobody has the right to deny their share of responsibility in the common effort Editorial: Joining forces to confront the pandemic
Of intubated patients, 83 percent are unvaccinated or partially vaccinated EODY: 105 COVID-19 deaths, 7,287 infections confirmed in the last 24 hours, 608 intubated
We must continue to insist that the state is obliged to be citizen-friendly Editorial: 'Guinness World Record'