Ms Gennimata has proven in her life – in which she fought hard for everything – that she is imbued with the essence of the saying, “The only battle lost is the one that was not fought.” 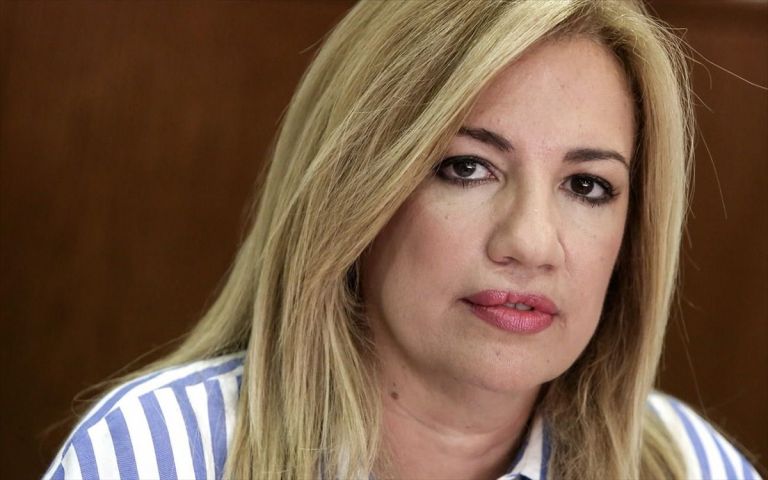 Movement for Change leader Fofi Gennimata’s new health problems have shocked and emotionally moved all of Greece, and that is reflected in an unprecedented deluge of support and well wishes.

Her exceptionally dignified stance in announcing a new relapse in her condition – she has in the past spoken of her battle with breast cancer - and in immediately announcing her political decision to withdraw from the leadership race in the party of which she is president offers many lessons.

She is a bright example of a politician who fearlessly and boldly is confronting her new challenge. Let us not forget that a countless number of our fellow citizens are waging a similar battle and so it is of great importance that she made public her condition with optimism and positive thinking about the outcome of her battle. It is an emotionally touching example for them.

Regardless of political choices or ideologies, the country is in spirit standing beside Ms Gennimata. She has proven in her life – in which she fought hard for everything – that she has been imbued with the essence of the saying, “The only battle lost is the one that was not fought.”

She has proven that she tirelessly struggles for her ideas and her life, with her mind on collective goals with that old-fashioned humility that is so rare but always adorns the political stage.

Our newspaper, which has always been linked with democratic politics and the progressive centre of the political spectrum, but also with an array of views, sends its heartfelt wishes to the party leader for an immediate recovery and return to her duties.

TANEA Team 14 Οκτωβρίου 2021 | 14:46
Share
Δείτε επίσης
Περισσότερα άρθρα για Αγγλική έκδοση
Meetings with President Katerina Sakellaropoulou, Archbishop Ieronymos Pope Francis to visit Cyprus, Greece in December
Evangelos Marinakis on CPLP’s bond listing at the Athens Stock Exchange: “Green investments are the future”
Washington concerned about religious freedom of the patriarchate in Turkey Vartholomeos has one-hour meeting with Biden: Religion, rights, and geopolitics on US visit
What a great thing it is to be fighting for your life even as you battle for the common good! Editorial: Standing tall
It is the greatest foreign policy crisis in Erdogan's 19 years in power Following domestic, international uproar Erdogan backs off on expulsion of 10 Western ambassadors
The UN Secretary has warned that humanity is already in a state of emergency Editorial: A duty towards our children
'The UK played a decisive role in achieving Greece’s independence' FM Nikos Dendias: Greece-UK bilateral cooperation agreement to include defence and security issues
Vartholomeos has fervently pursued inter-faith dialogue with the Muslim and Jewish faiths Religion, rights, and geopolitics on Vartholemos' US visit, meetings with Biden, Blinken, Pelosi
At Greek universities progress is battling regression. Editorial: Two worlds
Editorial: Opportunity
Angela Merkel – In Athens on October 28 and 29
If the pandemic is checked, we can hope for much better days Editorial: Turning point for Europe
Record-breaking over-subscription for CPLP bond issue
We have a duty to ensure for families a network of protection in our schools. Editorial: Maintaining balances
We have the power to leave behind this unprecedented crisis. Editorial: Exiting the pandemic