Apostolakis stressed that the combination and inter-operability of the frigates and the French Rafale fighter jets that the government has agreed to purchase is ideal and can ensure excellent results in monitoring the region and in operations. 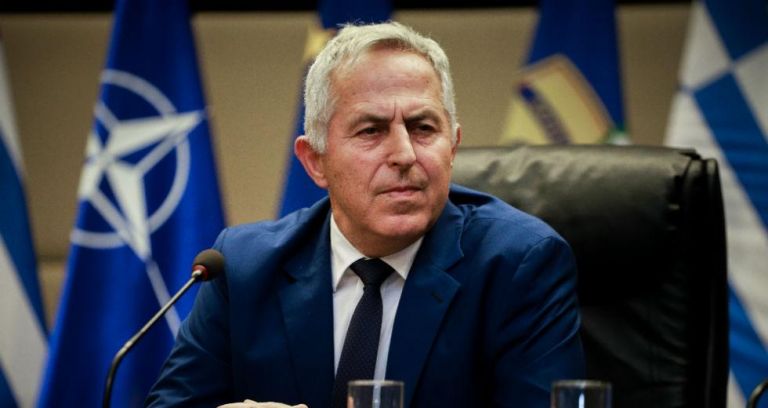 Former SYRIZA defence minister Admiral Evangelos Apostolakis, has broken ranks with the main opposition party and has come out clearly in favour of the government’s Greece-France strategic defence accord and the procurement of three French Belharra frigates, noting that this is what the Hellenic Navy wanted along.

In an interview with the Sunday edition of the newspaper Vradini, Apostolakis stressed that the combination and inter-operability of the frigates and the French Rafale fighter jets that the government has agreed to purchase is ideal, and that it can ensure excellent results in monitoring the region and in operations.

“This is the best possible choice. The ship (Belharra) is exceptional and it had been chosen by us as well. The Hellenic Navy is entering a new era in the area of aeronautical operations,” he said.

Apostolakis dodged a question on whether he plans to run on SYRIZA’s ticket in the next general elections, which most analysts expect to be next year.

During the parliamentary debate on ratification of the Greece-France agreement, SYRIZA leader and former PM Alexis Tsipras voted it down, citing what he maintained were two serious flaws in the accord.

“The first problem lies in Article 2 (the mutual defence pact), because at sea, where we have an escalation of provocations, it provides for (French) assistance within six nautical miles (of Greek territorial waters). Turkey, however, does not dispute the jurisdiction over six nautical miles. The crisis we had recently is due to the fact that Turkey disputes the right (under international law) for Greece to extend it to 12nm in the Eastern Mediterranean. If tomorrow we have incursions in our EEZ (exclusive economic zone), will France be obliged to contribute?” he asked.

Tsipras said that second negative point in the agreement lies in Article 12, which obliges Athens to assist France militarily in the Sahel region of Mali.
“Sahel must indeed be supported, but by whom, by small Greece, and indeed not only in support forces, but also in fighting forces?”
SYRIZA, despite the fact that the agreement provides that France will assist in the event that Greece is attacked by a third country, disagrees with provision that Greece will assist French forces that are operating in Sub-Saharan Africa’s Sahel region against jihadist terrorist groups.
“This is not an agreement between equal partners. We shall always be obliged to send soldiers into a war zone, while France is not obliged to support us. For us, therefore, this is not

TANEA Team 9 Οκτωβρίου 2021 | 18:28
Share
Δείτε επίσης
Περισσότερα άρθρα για Αγγλική έκδοση
Meetings with President Katerina Sakellaropoulou, Archbishop Ieronymos Pope Francis to visit Cyprus, Greece in December
Evangelos Marinakis on CPLP’s bond listing at the Athens Stock Exchange: “Green investments are the future”
Washington concerned about religious freedom of the patriarchate in Turkey Vartholomeos has one-hour meeting with Biden: Religion, rights, and geopolitics on US visit
What a great thing it is to be fighting for your life even as you battle for the common good! Editorial: Standing tall
It is the greatest foreign policy crisis in Erdogan's 19 years in power Following domestic, international uproar Erdogan backs off on expulsion of 10 Western ambassadors
The UN Secretary has warned that humanity is already in a state of emergency Editorial: A duty towards our children
'The UK played a decisive role in achieving Greece’s independence' FM Nikos Dendias: Greece-UK bilateral cooperation agreement to include defence and security issues
Vartholomeos has fervently pursued inter-faith dialogue with the Muslim and Jewish faiths Religion, rights, and geopolitics on Vartholemos' US visit, meetings with Biden, Blinken, Pelosi
At Greek universities progress is battling regression. Editorial: Two worlds
Editorial: Opportunity
Angela Merkel – In Athens on October 28 and 29
If the pandemic is checked, we can hope for much better days Editorial: Turning point for Europe
Record-breaking over-subscription for CPLP bond issue
We have a duty to ensure for families a network of protection in our schools. Editorial: Maintaining balances
We have the power to leave behind this unprecedented crisis. Editorial: Exiting the pandemic