Ankara is unleashing threats against Greece and Cyprus, urges “third parties” not to become handmaidens of Athens and Nicosia, alluding to the new Greek-French strategic partnership. 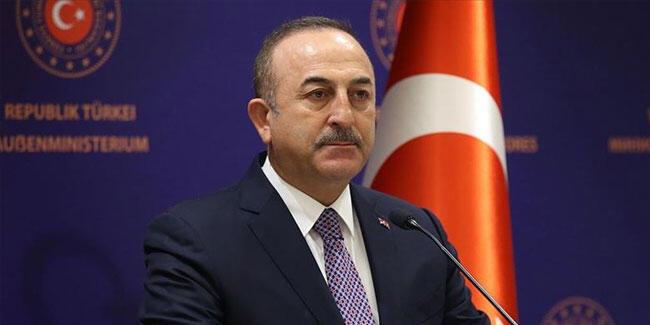 Just four days before scheduled Greek-Turkish exploratory talks, Ankara has in essence threatened Athens and Nicosia with a possible military clash in the Eastern Mediterranean.

A day after the German foreign ministry dismissed Turkey’s scathing criticism of the recent Greece-France defence pact - noting that it “contains clear references to the status of the two countries as EU and NATO member states, and is not directed against other partners” – Ankara is unleashing threats against Greece and Cyprus, even as it urges “third parties” not to become handmaidens of Athens and Nicosia, alluding to the new Greek-French strategic partnership.

Effectively, Turkey is a priori blaming Greece and Cyprus for the tensions that Ankara has already begun to raise in the EastMed region and is demanding the cancellation of scheduled exploration in the Exclusive Economic Zone (EEZ) of the Republic of Cyprus.

The reason for Turkey’s reaction is the research that is being carried out by the Nautical Geo research vessel, which has been LEASED by the POSEIDON consortium in order to plot the course of the EastMed Pipeline.

With a Republic of Cyprus NAVTEX, the ship will carry out research in Cyprus’ maritime area, the jurisdiction over which is disputed by Turkey, which has unilaterally claimed that the area is part of Turkey’s continental shelf.

Meanwhile, the Turkish foreign ministry’s statement raises the issue of the drilling by ExxonMobil in Cyprus’ EEZ, which is scheduled for November.

Without naming the energy giant, the statement notes that the Republic of Cyprus “has announced that it will commence a new drilling operation in the south of the Island in November”.

“All these unilateral acts will increase tension in the East-Med and threaten peace and stability,” it underlines.

In a thinly veiled threat, the Turkish foreign ministry declared that, “All necessary steps are being taken against these unilateral acts of Greece and GCA (the Republic of Cyprus) both on the ground and at the table. Also, it is being brought to the attention of third countries (i.e. France) that they should not be part of these unilateral acts.”

Turkey does not recognise the sovereignty of the Republic of Cyprus, the sole internationally recognised government of the island, and refers to it as the “Greek Cypriot administration". On the contrary, it is the sole country internationally that recognises the breakaway “Turkish Republic of Northern Cyprus (TRNC)” in the Turkish-occupied north, where Ankara maintains over 40,000 troops.

The full text of the Turkish foreign ministry’s statement is as follows:

H.E. President Erdogan proposed the EU to convene an inclusive conference in the Eastern Mediterranean last year, and the TRNC, the co-owner of the island, made a detailed proposal to the Greek Cypriot side on 13 July 2019 regarding hydrocarbon resources.

Despite the fact that all these proposals are on the table, Greece and the GCA have been attempting to engage in unilateral and provocative activities in recent months by increasing the tension in the Eastern Mediterranean.

In addition to Greece’s recent attempts to violate our continental shelf in the East-Med recently, the GCA has also announced that it will launch a research activity on 3 October with an Italian-owned, Maltese-flagged ship in the region, breaching both TRNC’s rights and violating Turkey’s continental shelf. Besides, GCA has announced that it will commence a new drilling operation in the south of the Island in November.

All these unilateral acts will increase tension in the East-Med and threaten peace and stability.

All necessary steps are being taken against these unilateral acts of Greece and GCA both on the ground and at the table. Also, it is being brought to the attention of third countries that they should not be part of these unilateral acts.
We will resolutely continue to protect our country’s and TRNC’s rights in the East-Med.”

TANEA Team 2 Οκτωβρίου 2021 | 17:44
Share
Δείτε επίσης
Περισσότερα άρθρα για Αγγλική έκδοση
Editorial: Opportunity
Angela Merkel – In Athens on October 28 and 29
If the pandemic is checked, we can hope for much better days Editorial: Turning point for Europe
Record-breaking over-subscription for CPLP bond issue
We have a duty to ensure for families a network of protection in our schools. Editorial: Maintaining balances
We have the power to leave behind this unprecedented crisis. Editorial: Exiting the pandemic
Mitsotakis – Sisi meeting – Emphasis on energy and defense
What Seismologist Lekkas says Strong earthquake 6.1 Richter off Karpathos
Editorial: Attention must be paid
The European Union’s internal market had completely eliminated internal borders Op-ed: Fortress Europe?
The letter stresses US support for Athens’ dialogue with its neighbours Blinken underlines US ‘respect for sovereignty and territorial integrity’ in letter to Mitsotakis
The strategic dialogue was launched in Washington in December, 2018 US-Greece strategic dialogue covers all levels of bilateral, regional, international cooperation
The main duty of the state is to protect the lives and property of citizens Editorial: Prevention
Cyprus to brief permanent members of UN Security Council on Turkey's moves to re-open Varosha
She is a bright example of a politician who fearlessly and boldly is confronting her new challenge Editorial: Fofi, stand strong!