The government is keenly aware of the importance of investing in the future of Greece's youth and is already preparing a multi-pronged plan to attract the younger generation. 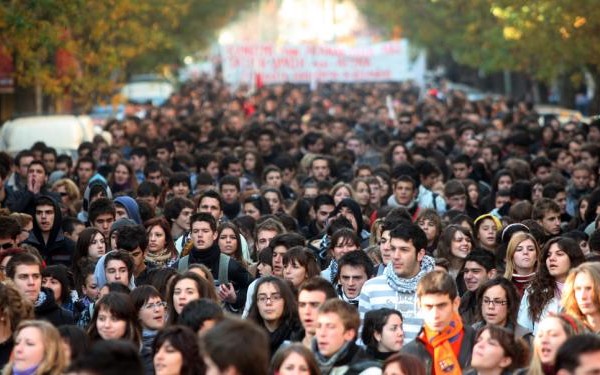 It is common knowledge that all political parties seek the vote of Greece’s youth.

Prime Minister Kyriakos Mitsotakis’ keynote address at the Thessaloniki International Fair on 11 September demonstrated that the government is keenly aware of the importance of investing in their future and is already preparing a multi-pronged plan to attract the younger generation.

The youth is an integral part of the government’s reform programme that can create new prospects for the country.

Τhe other political parties are following suit, as it has been observed that young voters are the crucial variable in the equation of political inclusion.

Distanced from the processes of the political system and with their own particular behavioural patterns, they have many skills but are suspicious of political parties.

It is often difficult to sway the youth even with the strategy of promoting a new type of entrepreneurship and encouraging research and technology projects. Meanwhile, the brain drain continues steadily.

Nevertheless, as the government plans its policies to achieve a broader appeal among youth, the entire political system should work together on a path toward reconnecting them with politics and ensuring their participation in the democratic process.

TANEA Team 14 Σεπτεμβρίου 2021 | 13:37
Share
Δείτε επίσης
Περισσότερα άρθρα για Αγγλική έκδοση
Approximately 160,000 people in Greece today are afflicted with Alzheimer’s disease Editorial: Reminder
Unrepentant, Tsipras unleashed charges against the government and announced handouts Editorial: A return to the past
The country is in great need of stability., not electoral surprises Editorial: Normalcy
The EU’s adjustment of financial rules has facilitated the situation Editorial: Lessons
Editorial: The conundrum of early elections
In a democracy, elections cannot serve as a weapon for prime ministers Editorial: The need for electoral stability
Mitsotakis rules out any prospect of political consensus with SYRIZA
Merkel’s statement should lead us collectively to a rethinking of what happened and not reflexive indignation Editorial: The price of imprudent politics
Self-tests, contact tracing key to safe re-opening of schools Spike in COVID-19 cases expected after schools open next week
The repercussions of these illegal actions are not limited to public health Editorial: A threat to society
September has arrived, but the University Protection Groups did not keep the rendezvous Editorial: Rendezvous
Theodorakis exemplified the sacred and mystical marriage of music and poetry The Greek nation bids farewell to beloved composer Mikis Theodorakis
One must be very careful in making choices that will influence the education of future generations Editorial: The time has come for a bold ‘yes’
Hellenic Statistical Service Staikouras for GDP – Strong recovery confirmed
Destroying a minority: Turkey's September 6-7, 1955 pogrom against the Greeks of Istanbul