The European Commission has pledged to help transport 400 children and adolescents to mainland Greece but it is now too late. Disaster has struck and thousands of people are stranded in the streets. 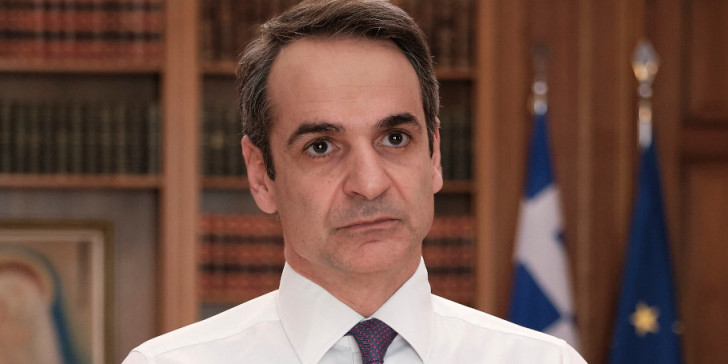 The Prime Minister of Greece declared that the current situation with refugees and migrants cannot go on.

Foreign governments express their deep regret. European officials have hastened to visit the island of Lesvos where the Moria camp was burned down.

The European Commission has pledged to help transport 400 children and adolescents to mainland Greece but it is now too late.

Disaster has struck and thousands of people are stranded in the streets.

As the chief of Solidarity Now said the hourglass has emptied.

Yet even now after the fires that destroyed the Moria refugee camp the EU stubbornly refuses to shoulder its responsibilities.

Most government display indifference while Germany and the Christian Democrats are refusing hospitality under the pretext that this would hinder joint European action.

We have seen enough crocodile tears. Yet even if they were genuine they could not wash away the responsibilities of Greek governments for the tragic situation over the last years at closed refugee and migrant reception centres.

At times indifferent, at other times weak, and at other times hiding behind the refusal of local societies to bear their portion of the burden, the competent officials had buried their heads in the sand with the hope that the problem would gradually disappear.

There is no more room for Greece and other EU countries to bury their heads in the sand.

One needs immediate solutions that are guided, as the PM said, by national dignity and humanitarian treatment for all the weak.

TANEA Team 10 Σεπτεμβρίου 2020 | 22:40
Share
Δείτε επίσης
Περισσότερα άρθρα για Αγγλική έκδοση
Mario Draghi has a prominent position in the EU architecture Editorial: Alliance
After a certain point, the necessary caution is a matter of personal responsibility Editorial: COVID-19 and personal responsibility
Extremists still constitute a threat Editorial: Threat
A consciously responsible stance is needed Editorial: Maintaining COVID-19 alertness
The late PM Constantine Karamanlis famously said, 'We belong to the West' Editorial: Contradictions
The end of EU enhanced fiscal supervision signals the exit from the tunnel Editorial: Breakthroughs
Head of Greek Pomaks’ Association rips into Erdogan’s revisionist expansionism
All Greek governments since Andreas Papandreou's demanded the return of the Marbles Osborne: ‘Deal to be done’ on sharing Parthenon Marbles
All efforts toward a radical resolution of the refugee problem have failed Editorial: The end does not justify the means
France's centrist forces are rallying behind President Emmanuel Macron Editorial: The political centre
The Germans are returning, this time not to impose their will but to cooperate Editorial: Greece as a bridge between Western Balkans, EU
The demographic crisis must be managed swiftly Editorial: Demographic crisis
There was a Jewish presence in Thessaloniki even in antiquity, and the Apostle Paul preached in its synagogue Leon Saltiel: Glimmers of hope in battling Greek antisemitism
Investment will also play a pivotal role Editorial: The dynamic of the Greek economy
Universities will be given more control over their affairs Editorial: Reforms must be implemented swiftly