Following tough, EU-wide negotiations at the European Council, the Greek prime minister’s gains are not limited to the financial package. 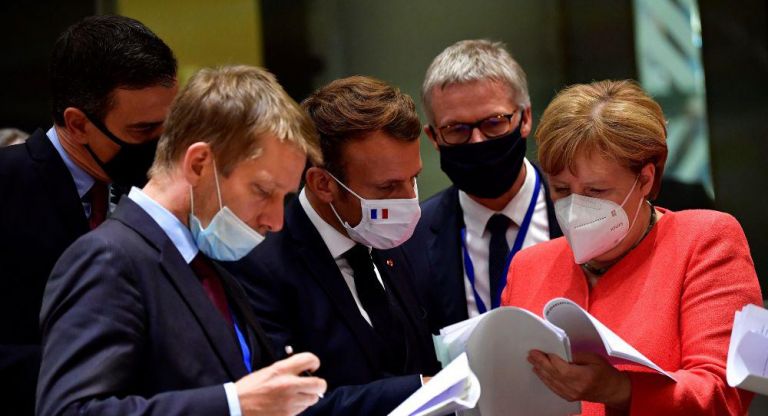 The agreement in Brussels on the EU’s pandemic recovery fund is a golden opportunity for Greece.

The financial package and its distribution should not be viewed as a handout for a country that was just about to exit a huge, decade-long economic crisis but instead entered a new financial crisis triggered by the coronavirus pandemic.

The Greek government should handle the package as an opportunity for reconstruction, growth, and stability.

If it is accompanied by investment and an outward-looking mentality it could constitute a roadmap for a future of regional geopolitical stability.

Following tough, EU-wide negotiations at the European Council, the Greek prime minister’s gains are not limited to the financial package.

Greece has acquired new allies in the new, emerging European terrain, allies that will be necessary after the geopolitical shifts that are underway.

With new friends, its proportional share of the recovery package, and a comprehensive and effective government reconstruction plan, Greece can steadily and hopefully proceed to gain its proper role as a stable force in the Southeastern Mediterranean and in Europe.

Greece’s success in securing its interests at the EU summit shows the way.

TANEA Team 22 Ιουλίου 2020 | 20:15
Share
Δείτε επίσης
Περισσότερα άρθρα για Αγγλική έκδοση
Greece has a multi-faceted policy in its foreign relations and that is how it should continue Editorial: Sobriety in foreign relations
We see irresponsible behaviours and an attitude that the virus is no longer with us Editorial: Behaviours
The virus recognises no geographical borders Editorial: Nobody is safe
Delays and foot-dragging have long led even to the denial of justice Editorial: Expediting justice
Erdogan’s insistence on keeping interest rates low led him to fire three central bankers Editorial: Turkey’s lonesomeness
Turkey traditionally exports its domestic crises Editorial: Turkey's domestic, foreign crises
Nobody has the right to deny their share of responsibility in the common effort Editorial: Joining forces to confront the pandemic
Of intubated patients, 83 percent are unvaccinated or partially vaccinated EODY: 105 COVID-19 deaths, 7,287 infections confirmed in the last 24 hours, 608 intubated
We must continue to insist that the state is obliged to be citizen-friendly Editorial: 'Guinness World Record'
Behind Lukashenko stands Putin, who backs and assists him Editorial: European sovereignty
The pandemic is an issue of life and death, and the protection of public health is a common aim Editorial: Consensus on managing the pandemic, even at the last minute
The measures announced are tantamount to an at least partial lockdown on the unvaccinated Mitsotakis announces partial lockdown on unvaccinated citizizens, tougher enforcement
Greece accuses Sanchez of ignoring EU decisions after agreement to sell aircraft carrier to Turkey
Anti-vax lawyer arrested for dissemination of fake news on COVID-19, then released
Adjustment to contemporary conditions and conceptions is necessary Editorial: Modernisation of the Church