A political understanding between parties is needed in order to manage other major challenges beyond Greek-Turkish tensions such as jump-starting the economy and the refugee crisis. 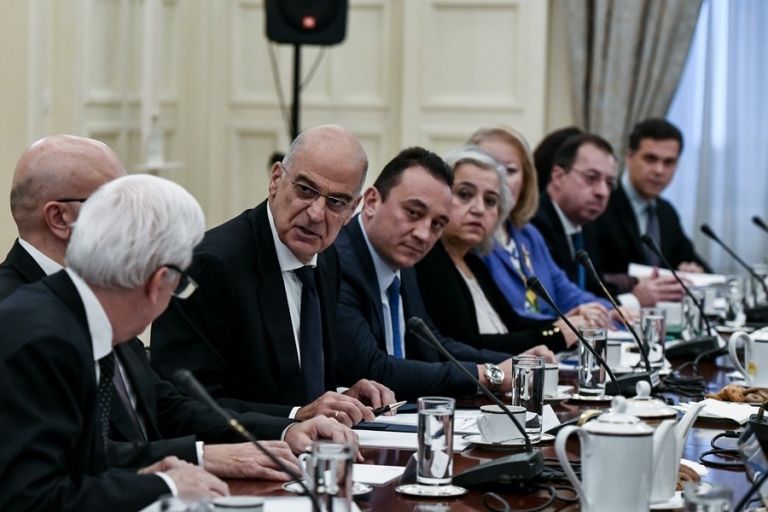 Today’s meeting of the National Council on Foreign Policy demonstrates that the ruling party and opposition parties have realised that there is no room for partisan skirmishes when it comes to issues of national import.

The fact that the foreign minister convened the Council indicates that the government wanted to brief the other parties instead of engaging in secret diplomacy and to bring them into the process of shaping the national position on crucial matters.

That presupposes a national consensus and it seems that it is being achieved due to the maturity displayed by the political system.

Consensus is crucial especially now that national issues (such as Greek-Turkish relations) are at a critical juncture.

Right now there must be delicate diplomatic manoeuvres abroad and a solid front domestically.

The same kind of political understanding between parties is needed in order to manage other major challenges such as jump-starting the economy and the refugee crisis.

On these issues there cannot be a sole national line but it is possible to achieve a mutually acceptable basis of discussion and a common understanding.

TANEA Team 12 Φεβρουαρίου 2020 | 20:23
Share
Δείτε επίσης
Περισσότερα άρθρα για Αγγλική έκδοση
Mario Draghi has a prominent position in the EU architecture Editorial: Alliance
After a certain point, the necessary caution is a matter of personal responsibility Editorial: COVID-19 and personal responsibility
Extremists still constitute a threat Editorial: Threat
A consciously responsible stance is needed Editorial: Maintaining COVID-19 alertness
The late PM Constantine Karamanlis famously said, 'We belong to the West' Editorial: Contradictions
The end of EU enhanced fiscal supervision signals the exit from the tunnel Editorial: Breakthroughs
Head of Greek Pomaks’ Association rips into Erdogan’s revisionist expansionism
All Greek governments since Andreas Papandreou's demanded the return of the Marbles Osborne: ‘Deal to be done’ on sharing Parthenon Marbles
All efforts toward a radical resolution of the refugee problem have failed Editorial: The end does not justify the means
France's centrist forces are rallying behind President Emmanuel Macron Editorial: The political centre
The Germans are returning, this time not to impose their will but to cooperate Editorial: Greece as a bridge between Western Balkans, EU
The demographic crisis must be managed swiftly Editorial: Demographic crisis
There was a Jewish presence in Thessaloniki even in antiquity, and the Apostle Paul preached in its synagogue Leon Saltiel: Glimmers of hope in battling Greek antisemitism
Investment will also play a pivotal role Editorial: The dynamic of the Greek economy
Universities will be given more control over their affairs Editorial: Reforms must be implemented swiftly