The looming question now is whether the PM will call a general election immediately or wait until October when his term ends in an effort to turn the tide. 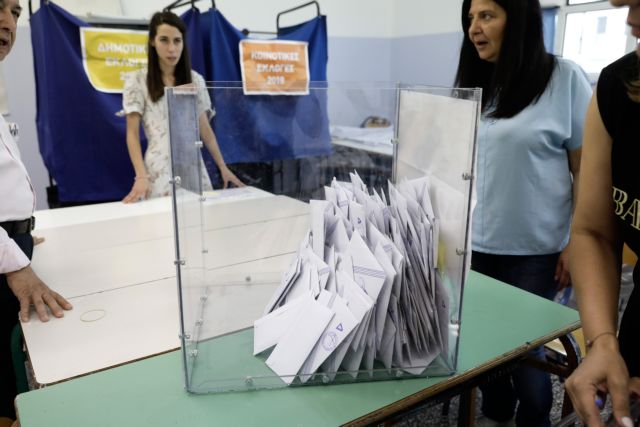 The exit poll was conducted by a consortium of Greek polling companies comprised of Alco, Marc, Metron Analysis and MRB. It was released at 7pm Greek time, two hours before the polls closed.

When one compares SYRIZA’s maximum percentage with New Democray’s the minimum spread is three percentage points.

The exit poll results, if confirmed, would be a clear-cut strategic victory for the conservative party, as both Prime Minister Alexis Tsipras and New Democracy leader Kyriakos Mitsotakis had framed the election as a vote of confidence in the government.

It also signals the end of Tsipras' undisputed political hegemony on the domestic political stage.

The looming question now is whether the PM will call a general election immediately or wait until October when his term ends in an effort to turn the tide.

SYRIZA's most prominent MEP and European Parliament VP, Dimitris Papadimoulis, suggested in a televised statement shortly before 9pm that the government will serve out its terms, though that remains uncertain.

Greece's creditors and partners have already begun expressing consternation over the economic stimulus package announce by Tsipras on 8 May, which they fear would derail the economy and fiscal targets with its benefits and tax cuts.

These are the first nationwide elections in Greece since September, 2015, when SYRIZA won its second general election in one year.

That was one month after Parliament passed the third bailout memorandum with the support of New Democracy as a large number of SYRIZA MPs had defected from the party due to Tsipras’ decision to sign the bailout deal in violation of the result of a consultative referendum in which 61.31 percent of voters rejected the deal offered Greece by creditors.

The exit poll gives centre-left Movement for Change third place, ahead of the extreme right Golden Dawn whose leaders have in the past associated themselves with the Nazis.

The spectre of a prospective third place finish for Golden Dawn has for some time haunted the political system, though its support has suffered a major blow from the fact that the party has for the last four years been on trial on charges of being a criminal organisation which has committed several murders of migrants and a Greek anti-facsist rapper.

Velopoulos has a daily programme on a small television channel on which he presents geopolitical opinions in which he sings the praises of Vladimir Putin and sells various herbs and natural health products that he says are produced by monasteries.