The queues of pensioners at ATMs the day the first pension bonus was disbursed demonstrated how much retirees need that money to cover their living needs. 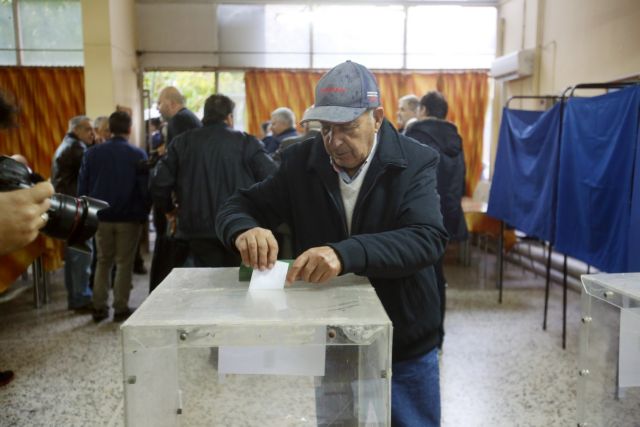 It is by now obvious that in over four years in power the SYRIZA government failed to develop a relationship of trust with citizens.

That is because it governed just as it had acted as main opposition party – by lying and self-negation.

In both phases it hid the truth from citizens and constantly promised that it would offer a chicken in every pot.
Instead of giving it took, however, and when it gave it gave much less than it had promised.

This is what happened with the so-called “13th monthly pension check”. The government took a lot in taxes from the many and promised it would give some of that back to certain people. In the end, it gave much less than it had promised.

It fell as low as to try just a few days before elections to fool a segment of society that deserves the utmost respect – senior citizens.

The queues of pensioners at ATMs the day the first benefit was disbursed demonstrated how much retirees need that money to cover their living needs.

That showed that the “13th pension” was of vital importance to them.

One may legitimately ask, however, why the government announced a benefit which was in the end reduced by the withholding of tax and insurance contributions.

Why did it not announce to pensioners the actual net amounts they would receive?

The government is obliged to offer an explanation.

At the very least, it should apologise to pensioners for both its effort to bribe them for their vote and for the fact that it in final analysis it disappointed them.

TANEA Team 20 Μαΐου 2019 | 17:45
Share
Δείτε επίσης
Περισσότερα άρθρα για Αγγλική έκδοση
In times of tensions military service is viewed as a national duty Editorial: Incentives for early military service
An emotional start in taking a position on developments in the region would be catastrophic Editorial: A measured response to Israeli-Palestinian conflict
The alternate interior minister said problems with COVID-19 self-tests will be resolved by the end of May Government poised to abolish mandatory SMD to leave home, working to solve self-test problems
If Syriza believes it can garner political gains with daily political transformations it is sorely mistaken Editorial: Political vertigo
Santander Consumer Finance begins activities in Greece
Evangelos Marinakis: Post-Covid Shipping and the Environment – Green Energy Investments
The US ambassador says Biden has “opened up a new vocabulary of cooperation” with Greece Pyatt see deeper US-Greece strategic ties under Biden administration
The case will be re-tried in the framework now set by the Council of State Bombshell Council of State ruling accepts state’s vaccine side-effect liability
May Day should be honoured with a single march each year Editorial: Unity
Transcending the collective crisis will require leadership and not troublemakers Editorial: Messages
After a six-month shutdown, workers in the restaurant business laid the tables Editorial: The first step
The government has repeatedly said that the existing framework is outdated Battle royal looms over government bill overhauling labour relations, limiting strike action
The labour trade union movement is an invaluable and irreplaceable weapon of workers An urgent need for the rebirth of the trade union movement
Editorial: The pendulum of American politics
The thirty-somethings rushed to be vaccinated for the sake of their families and their friends Editorial: Front-and-centre