Do the bridge-builders really believe that SYRIZA has rid itself of the odd alliance with its erstwhile partner, Panos Kammenos’  Independent Greeks party? 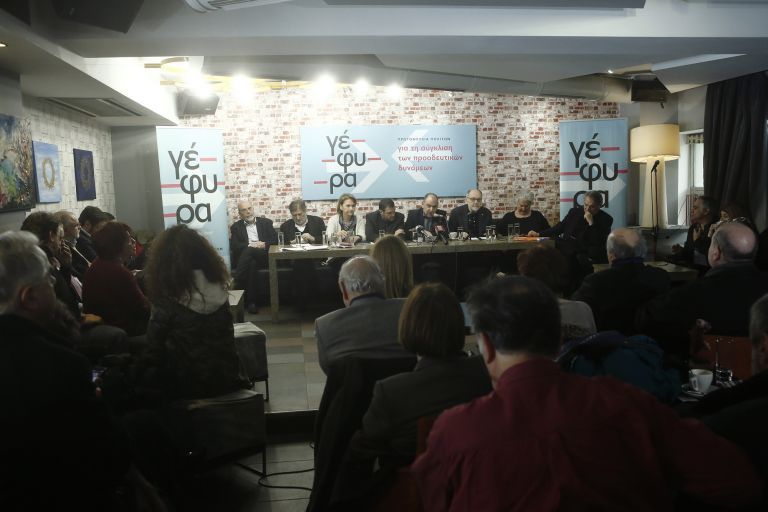 Let us accept for the sake of argument that the self-appointed centre-left “bridge-builders” have the purest of intentions, and that their sole aim is, as they say, “to urgently forge a strong, progressive political pole that will block the path of the right-wing and extreme right bloc”.

The essence remains the same. What do they offer SYRIZA beyond an indulgence forgiving the government’s deeds and all its basic choices?

Populism was a basic political choice for SYRIZA. The Guardian noted in an analysis of the phenomenon in Europe that our country is the only one in European state governed with left-wing populism.

Are the bridge-builders not aware of which camps divided Europe and of what endangered and still imperils the European project? Do they believe that a progressive front can be forged with opportunistic leaps from populism to Social Democracy.

A basic choice was to form a coalition government with the nationalist right wing. Do the bridge-builders really believe that SYRIZA has rid itself of the odd alliance with its erstwhile partner, Panos Kammenos’  Independent Greeks party? Have they forgotten with whom they are still governing? Have they forgotten the PM speaking of an “honourable alliance” and saying, “Panos, we still have a long road ahead?”

Are the alternate health minister and efforts to manipulate the judiciary and to control the media part of that progressive front?

This is an indulgence and not a bridge. Bridges require strong foundations  on which to stand.

Επιδότηση έως 85% για... πράσινα σπίτια - Ολο το πρόγραμμα
TANEA Team 26 Φεβρουαρίου 2019 | 14:58
Share
Δείτε επίσης
Περισσότερα άρθρα για Αγγλική έκδοση
Olympiacos FC statement
Greece’s success in securing its interests at the EU summit shows the way Editorial: Opportunity
Ever since Syriza lost the July, 2019, elections it has appeared unable to adjust to its new role as main opposition party Editorial: Shoestrings
Why Russia? The answer is quite simple for those in the know  Hagia Sophia, Turkey, Russia and the West
Lights of hope: From Olympiacos Piraeus to the World
To continue to confront the coronavirus successfully one needs a combination of state care and individual responsibility Editorial: Time
Britain’s Ocado sees retail sales soar 27% in lockdown half