'An economic policy grounded on over-taxation has an expiration date and an economic development model based exclusively on consumption and imports is by its very nature skewed.' 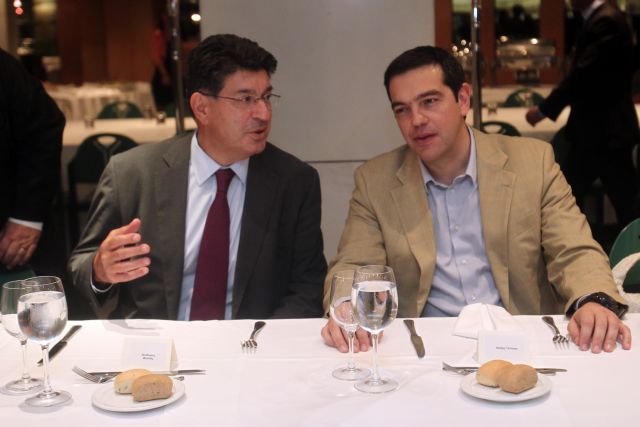 The Greek economy has suffered all these years from bailout memorandum obligations to impose strict austerity. Today, it continues to suffer due to the plans of a government that is concerned only about the next elections.

In both cases, the victim is economic growth. Trapped between perpetual austerity and boundless electoral pledges, the economy has been deprived of growth prospects.

The business community is ringing the alarm bells. The Hellenic Federation of Enterprises (SEV) notes in its weekly bulletin that the government’s budget has limited growth prospects.

It also underlines that an economic policy grounded on over-taxation has an expiration date and that an economic development model based exclusively on consumption and imports is by its very nature skewed.

It is not just the economy that pays for these dysfunctions.  It is society, and especially the lowest economic brackets.

Over-taxation, austerity, and vote-mongering handouts trap the economy in a vicious circle which hinders growth and consequently impedes the creation of new jobs, which is the ultimate goal.

TANEA Team 30 Νοεμβρίου 2018 | 14:16
Share
Δείτε επίσης
Περισσότερα άρθρα για Αγγλική έκδοση
The US-Greece relationship is based on mutual respect Editorial: American vote of confidence in Greece
Turkey and Greece are moving in opposite directions Editorial: Turkey's dangerous games
The Ukrainians are fighting on home turf and have very high morale Dinner with Zelensky: the character of a Ukrainian hero
The PM is also mulling a substantial cabinet reshuffle Mitsotakis no longer rules out early elections, possible autumn dates floated
Editorial: A scourge at our schools
When time is of the essence, the government has a duty to act Editorial: It is high time for reforms
Mitsotakis underlined Greece’s crucial geostrategic position PM Kyriakos Mitsotakis’ historic speech to Joint Session of US Congress (full text)
A party without self-criticism and renewal cannot move forward Editorial: Political parties transforming
Greece’s role as an energy hub must be emphasised Editorial: Opportunities
Mitsotakis-Biden talks: Greek-Turkish relations, the war in Ukraine, wayward Turkey’s new role in NATO
It is not in Greece’s interest for Turkey to be isolated or humiliated Editorial: Opportunity
The Marshall Plan prioritised rebuilding export capacity How should a Marshall Plan for Ukraine work?
Drop in COVID-19 deaths - number of infections, intubated patients stable, hospital admissions rise
Policing of universities is an unpleasant but necessary measure Editorial: No excuse
A strict price inspections policy is needed to curb untrammelled price hikes Editorial: Dealing with inflation