No one knows how safe the bridges in our country are, nor if and when they are ever inspected. 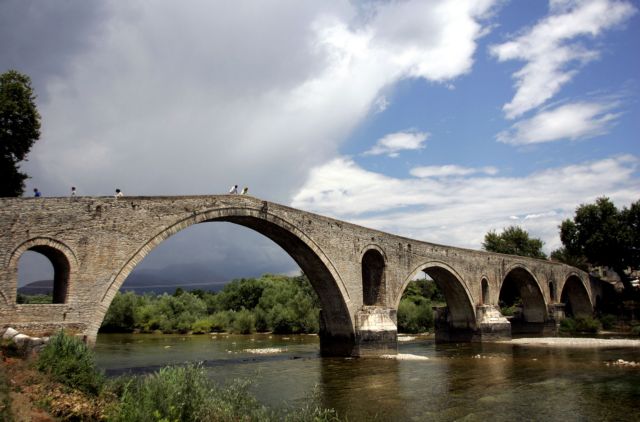 The press report stirs terror. No one knows how safe the bridges in our country are, nor if and when they are ever inspected. The only thing we know is that they are old and have been left to their own fate.

The conclusions of experts leave no room for complacency. Emeritus Professor of Engineering and member of the Academy of Athens Theodosis Tasios in Ta Nea underlines that one cannot rule out the collapse of one of the many bridges in the country’s road network.

The tragedy in Genoa is too fresh for the state to remain indifferent. The country should not have to mourn dead in order for the government to mobilise the competent services, and indeed having playing the game of passing the buck. It does not need yet another parade of officials that will babble excuses, as they did at the site of the disastrous Mandra flood and the deadly Mati wildfire.

Meanwhile, the relatives and friends of the victims still seek vindication for the loved ones they lost so unjustly.
Those in power often preoccupy themselves with petty political and petty partisan exercises. However, politics is about solving daily problems. It is about taking measures to protect the whole of society, creating conditions of security in public spaces, and averting a Greek tragedy, of the sort that Italy experienced.

From that perspective, maintenance of infrastructure is a vital issue. Consequently, attention must be paid to the experts that are ringing the alarm bells.

They must be heeded especially by a government which for the sake of pre-election handouts has frozen public investment – especially those investments that literally save lives.

TANEA Team 17 Νοεμβρίου 2018 | 18:49
Share
Δείτε επίσης
Περισσότερα άρθρα για Αγγλική έκδοση
Editorial: A calculated diplomacy
It is the duty of the government to immediately coordinate with the expert committee Editorial: Clarity
Greece's demographic problem is complex and requires political solutions Editorial: Anachronism
A businessman has the right to bar entry to his or her establishment of unvaccinated people Editorial: Reaching an understanding
Editorial: Privileges
The NATO Summit is bound to be newsworthy as it is Biden’s first Editorial: Lines
The government must ensure that the path toward modernisation will begin. Editorial: Changes
Covid free Kythnos island – 100% of the population vaccinated
Tourism minister in the Netherlands
There are strikes, like the one at the port, held just for the sake of declaring them Editorial: Conceptions
Ideally, we should fashion a new social and economic model for Greece Editorial: Model
The government must urgently undertake necessary initiatives to root out organised crime Editorial: Root out organised crime
COVID-19 vaccines and immunity: We are not among the lucky ones
Our era requires balances, seriousness, planning, and of course to defend one’s red lines Editorial: A coordinated foreign policy
The Turkish Foreign Minister confirms that the big goal is to convene a Mitsotakis – Erdogan meeting Exclusive Interview TO VIMA – Mevlut Cavusoglu: The “keys” for a solution