The referendum in FYROM was the latest in a series of referendums in other countries, whose citizens refused to be told what to vote. 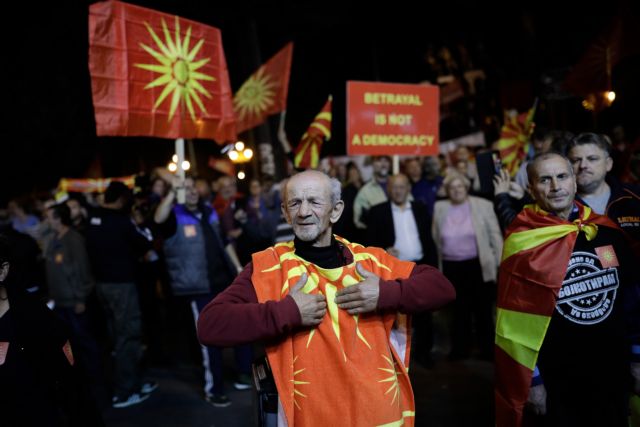 The referendum that was held two weeks ago in the Former Yugoslav Republic of Macedonia (FYROM) had one peculiarity.

Although it concerned, inter alia, a name change for the country, that was not mentioned in the question posed. Even with that omission, FYROM’s citizens, rejected the government’s urgings that they support the Prespa Agreement, with their boycott of the referendum.

They did so despite the urgings and international pressures.The referendum in FYROM was the latest in a series of referendums in other countries, whose citizens refused to be told what to vote. Indeed, the greater the pressures exerted by various elites, the greater the refusal. When one is being told what to vote, they turn away from the finger that is telling them what to do.

That is what history teaches, over and over again, as evidenced in the French referendum on approval of the European Constitution, which was resoundingly voted down.

The experience of the referendum can lead one to some useful conclusions.

One basic conclusion is that in a referendum, voters often respond to the person asking the question, rather than the question itself.

Hence, voters use the ballot box to register their disapproval. The result is that referendums are not suitable for political games.

Let us not forget the Greek experience, and not just the famed 2015 kolotoumba (about-face), when the ‘No” vote on the third bailout programme was ignored by the government, which went on to sign the bailout memorandum. To top it off, there was a condemnation in the Council of Europe, for the first time since the colonels’ dictatorship, because the 2015 referendum did not meet international standards.