In a possible shift, Zaev does not flatly rule out constitutional amendment

“He said the question that remained was whether there was “a real need” to change Macedonia’s constitution,” Reuters quoted Zaev as saying, suggesting that the Greek demand remains a topic of discussion. 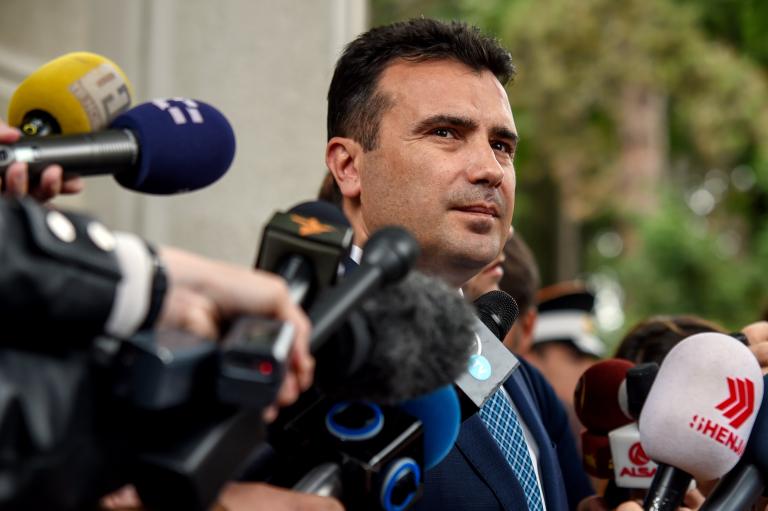 The Prime Minister of the Former Yugoslav Republic of Macedonia, Zoran Zaev, has said that four names are on the table in talks with Athens, and he questioned whether there is a “real need” for the constitutional revision demanded by Greece in order to eradicate irredentist references.

That would appear to leave three names of the table, as Athens has already rejected the name “Republic of Macedonia (Skopje) out of hand.

The four names are among the five tabled by UN mediator Matthew Nimetz.

Zaev left out the fifth name, which was – Republika Nova Makedonija/ Republic of New Macedonia, possibly because he has not been receptive to a transliteration from the original Slavic rendition of the name.

Zaev said that Greece is more receptive to some of the options than others.

As for the prospect of amending his country’s constitution, which he has firmly ruled out in recent statements, Zaev appeared a bit less adamant in his remarks to Reuters.

“He said the question that remained was whether there was “a real need” to change Macedonia’s constitution,” the wire quoted him as saying, suggesting that the Greek demand remains a topic of discussion.

TANEA Team 27 Φεβρουαρίου 2018 | 18:03
Share
Περισσότερα άρθρα για Αγγλική έκδοση
There will be more weather crises in the future Editorial: Deficiencies
This young woman heard the message of other women that preceded her Editorial: Catharsis
Balances with the Russian side are very delicate and must be maintained Editorial: Composure
'Greece is a significant and wise actor in this part of Europe' Kosovo FM Donika Gervalla–Schwarz: ‘We are not begging for recognition from Greece’
People want answers, persuasive plans, and arguments Editorial: Maturation
The pandemic and citizens’ fears regarding inflation have shocked households Metron Analysis poll: SYRIZA trails New Democracy, KINAL-PASOK skyrockets
It is imperative for the weapons programme to be implemented immediately Editorial: Arrivals
The charges of the victim garnered attention nationwide Editorial: Support
Greece is a peaceful Western country Editorial: Vigilance
Both SYRIZA and PASOK are in a transitional phase Editorial: Changes
Tsipras posts on the social media and frequently as possible Editorial: Obligations
Universities have become a sort of state within the state Editorial: Enough is enough!
Nobody for whatever reason has the right to beat a professor Editorial: Zero tolerance
The shift in America’s priorities should come as no surprise Editorial: Fluidity
We have the weapons, the experience, and obviously the collective will Editorial: Transcending the pandemic